100 Monkeys, a rare White Mao Feng tea from Hunan is purported to ward off evil spirits. This belief stems from a centuries old tale that centers on an old tea grower and his wife who worked a small plot of land high in the hills. So the story goes, the couple was being terrorized by a renegade band of monkeys. Time and again, they woke up to discover that the nights’ flush of new tea shoots had been pulled apart by the nimble thieves. They tried everything to stop the monkeys, from covering the crop with netting, to buying two large dogs to scare the group away. Nothing seemed to work. In desperation, the husband decided that he would have to travel over the mountains to a remote cave where it was rumored that a shaman lived whom he could ask for help. The man packed his bag and set off. Upon reaching the cave, he explained his problem to the holy man. The holy man told him that he should go away and come back in 3 days for the solution to his dilemma. 3 days later the man returned and was given a recipe for a new type of tea written on parchment. The holy man explained that since the monkeys always came looking for tea, if he gave them 100 pounds of this produced tea they would depart and never return. The grower thanked the holy man and set off for home. On the way he studied the new recipe, which was very complex. The tea was a variety of Mao Feng, which means white down tips. The production method involved 11 steps – 4 stages of frying, 3 stages of kneading, followed by 4 stages of baking – but it was worth a shot. The man and his wife spent the next week producing the new tea. Once they had 100 pounds, they left it out in a wooden chest near their tea patch. That night as usual they heard the monkeys descend on the farm, shrieking, and pounding the earth. The next morning, they rushed outside to find that the chest was empty. The monkeys had taken the tea, and as the legend goes, never returned again.

100 Monkeys produces a profoundly complex cup. The leaves can be brewed a number of times and with each infusion subtle changes to the cup can be detected.

There are no reviews yet.

Be the first to review “100 Monkeys White Tea” Cancel reply 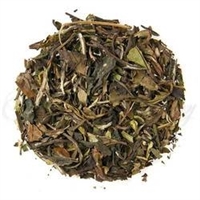 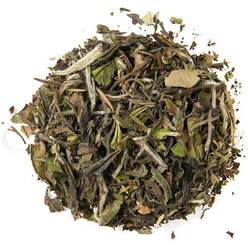 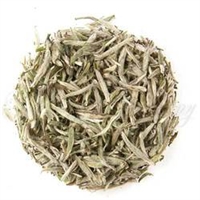 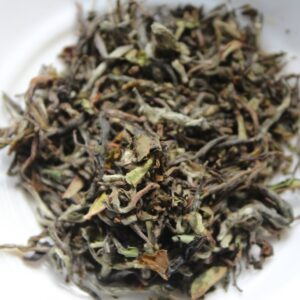