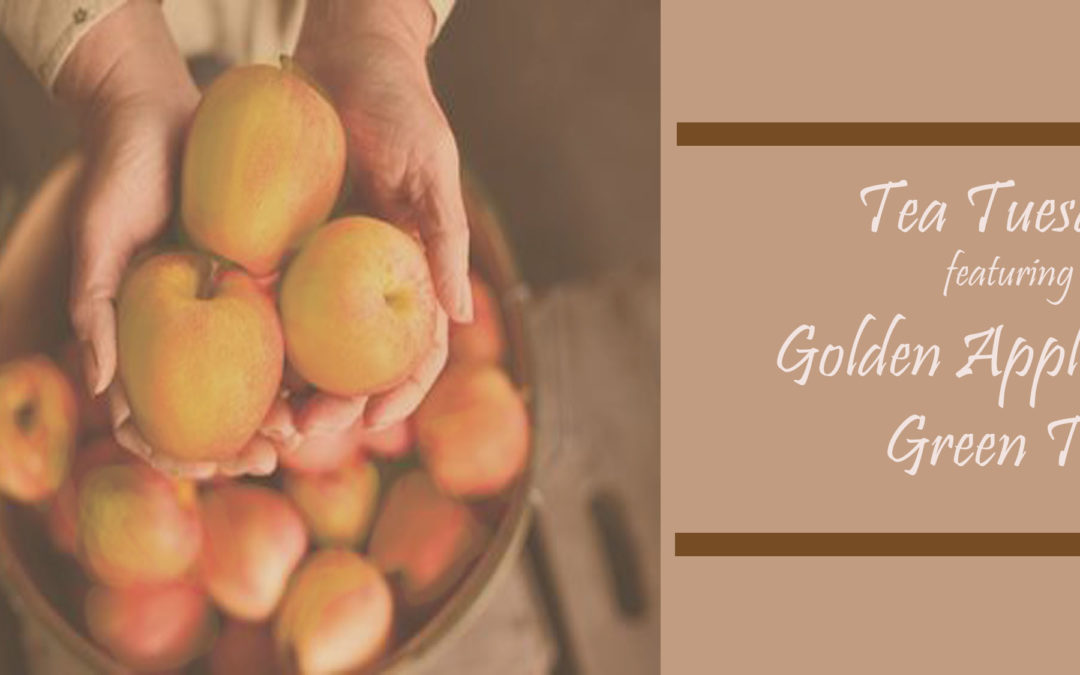 The definition of fall seems to have apples written into it.

Apples are at their juiciest, the air is at its crispest, and the memories are bountiful.

With the cooler air comes the satisfaction of a hot cup of tea. With the many antioxidants accompanying this cup, it is the perfect preventative measure as we move into cold and flu season.

So sit back, relax, and unwind with a delicious cup and a bit of mythology.

The Tea of the Gods?

Apples made of gold…who wouldn’t want to get their hands on some of those? According to ancient tales from Greece, golden apples were a treasure due to their ability to bestow eternal life. Famous in Greek mythology, Hercules feverishly pursued these golden apples. Unfortunately for him, these particular golden apples were guarded by the Ladon, an incredibly fierce one hundred-headed dragon that never slept. Still, Hercules wouldn’t be Hercules if he hadn’t defeated the fearsome beast and made off with the apples, which he later presented to the god Zeus.

In his famous Irish poem, The Song of the Wandering Aengus, William Butler Yeats gives the magical fruit what is perhaps their most elegant description:

I will find out where she has gone, And kiss her lips and take her hands;
And walk among the dapples grass, And pluck till time and times are done
The silver apples of the moon, The golden apples of the sun.

Our Golden Apple Spice Green Tea has the flavor of cinnamon toast spice coming to the forefront with a delicious juicy apple note.  Apple Tea has always been a favorite of herbal tea drinkers and we have this wonderful green tea version.  So sit back an enjoy a hot cup.

This tea is delicious on its own with a delicate flavor from the green tea, or it also pairs well with milk and a little sugar.

Raise your cup to the Gods!